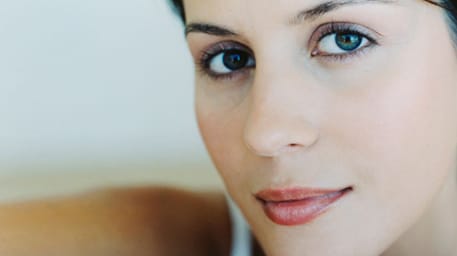 Did you know there are certain foods that can help keep your eyes healthy? We will be posting recipes of the 7 foods that can preserve or in fact improve your eye health over the course of the next few weeks. If you happen to try one of our recipes and want to let us know how it went, leave a reply below….we would love to hear from you. Or, if you have your own recipe using one or more of the 7 foods, we would also like to hear from you as we love to try new recipes here at readoptics.com

#1 OYSTERS
Oysters are one of the best sources of zinc; just one oyster provides nearly all of your recommended daily value. So how does this mineral preserve your eyesight? Zinc helps the body manufacture melanin, a pigment that helps protect eyes from the harmful effects of ultraviolet light. And there’s evidence that it helps slow the progress of macular degeneration if you’ve already been diagnosed with it.
NOTE: Stay away from raw oysters, which can be contaminated with potentially deadly bacteria
OTHER SOURCES OF ZINC: Crab, Pork, Beef, Chicken, Lobster

OYSTERS ROCKERFELLER RECIPE
A renowned baked oyster dish which was created at Antoine’s Restaurant in New Orleans in 1899. According to legend, the dish was created as a substitute for baked snails, which were hard to obtain from France. It was named in honor of John D. Rockefeller, at that time one of the world’s richest men, because the sauce is the color of greenbacks and intensely rich. It is said that no other American dish has received so much praise and attention as Oysters Rockefeller and the recipe remains one of the great culinary creations of all time.

Melt butter in a skillet. Sauté the garlic for 2 minutes to infuse the butter. Place the bread crumbs in a mixing bowl and add half the garlic butter, set aside. To the remaining garlic butter in the skillet, add the onion and saute until soft and translucent. Add the spinach and cook for 3 minutes until the spinach wilts. De-glaze the pan with the absinthe. Season with salt and pepper and add a dash of red pepper sauce. Allow the mixture to cook down for a few minutes. Finish off the bread crumbs by mixing in olive oil, Parmesan and basil, season with salt and pepper. Spoon 1 heaping teaspoon of the spinach mixture on each oyster followed by a spoonful of the bread crumb mixture. Sprinkle a baking pan amply with rock salt so that there is a ½ inch layer of salt. Arrange the oysters in the salt to steady them. Bake in a preheated 450˚ F oven for 10 minutes until golden brown. Serve with lemon wedges.

Enjoy with a nice cold glass of Sancerre or, if you are feeling a little more flush, a glass of champagne. Bon appétit.