A few days ago a US airline had to divert a plane after a row broke out over a passenger using a device to prevent the seat infront of them from reclining. I know that I have had many situations where the seat infront has reclined and it felt like the person was almost lying on my lap. Personal space is a major issue for people, especially on long-haul flights where the confinement and length of flight can really be an issue for some people. This particular incident began when the male passenger, seated in a middle seat, used the Knee Defender to stop the woman in front of him from reclining while he used his laptop. A flight attendant asked him to remove the device – a small piece of plastic which slots onto the tray table – but he refused. The woman reacted by standing up, turning around and throwing a cup of water at him.

Wherever you stand on this “Great Seat Reclining Debacle of 2014”, there’s one thing that needs to be said: All passengers are allowed to recline their seats. Even during meal service, even right after the pilot announces we’re at a safe altitude, even when you want to work on your laptop. Anti-recliners: It doesn’t matter how you feel about recliners, because they are allowed to do so, and they don’t even have to ask permission. 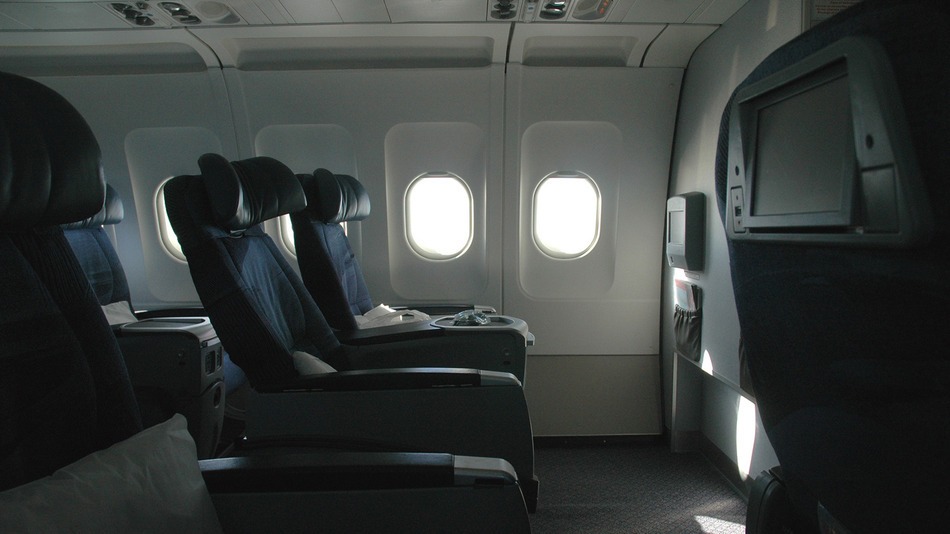 And as a little helping hand to reduce the stress of flying, here are a couple of videos to show how to pack the perfect hand luggage cases.